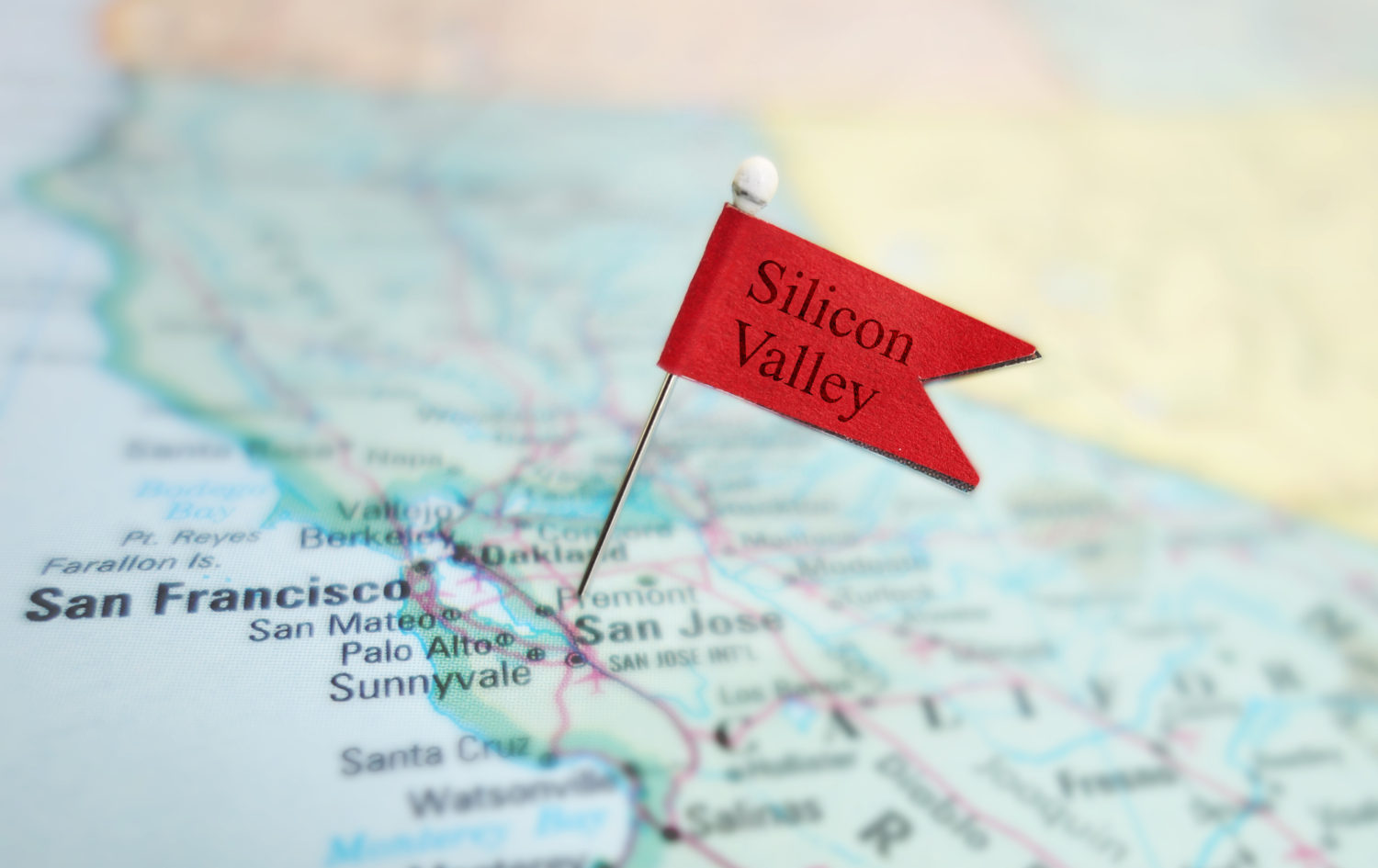 Behind the Scenes with PayPal Co-Founder Ken Howery

In some ways, Ken Howery is Silicon Valley’s poster child: after graduating from Stanford, he co-founded PayPal  from the inside of a broom closet, helped steer the company to its $1.5 billion sale to eBay, and now is the co-founder of one of the country’s most prestigious venture capital firms, Founders Fund. It’s an impressive list of credentials for someone who did this all before 40—more impressive still is that success and influence have not changed a modest and refreshingly down-to-earth personality.

Ken sat down to chat with IVY Magazine to share some of the lessons he’s learned in his career, his top advice, and his views on the best opportunities in tech today.

What are the biggest lessons you’ve learned in your career—lessons you wished you knew when you were starting PayPal?

First, the absolute most important thing is the people you work with—way more so than the business idea you’re working on.

Second, don’t be greedy. We were generous in giving stock to our employees, which led to more dilution, but also let us attract better talent. That was huge. Also, the company was burning $10 million per month, and we needed to raise money quickly, so we cut our valuation by over 35% so we could close as fast as possible rather than over-optimize on the valuation. We raised $100 million in three weeks, and the stock market started collapsing the week after we closed. That probably made the difference between us staying in business and going bankrupt.

Third, fail fast. We intuited a concept that we thought was right, but we did it wrong at first. One of our earliest business models was to beam money between PalmPilots. So it was basically an early version of mobile payments. That business idea was later described by a magazine in Silicon Valley as one of the “10 worst ideas of the year.” They were right because there were only a million PalmPilots back then. It was one decade too early to do mobile payments. The key was that our team was really strong. Had you been investing in the team, you would have been making a great investment. We eventually figured out the problem, continued to iterate, and came up with what PayPal looks like today.

So, in the end, should you make your product perfect or get it out there? Launch and iterate. We weren’t building the right product and didn’t even know it at first.

What are the key characteristics of the entrepreneurs you invest in?

Intelligence is important, but by far the most important thing is to find teams that can think very independently. At the beginning, some ideas might sound crazy. If they don’t, it probably means that other people have tried that idea. In order to come up with an idea that seems somewhat unconventional, you have to be someone who has independent thoughts and the conviction to start a company even when people are criticizing you or saying it’s a dumb idea. People thought Elon Musk was crazy for starting a rocket company. He’s an independent thinker and he believed in his vision when no one else did.

You also want signs that the entrepreneurs you’re investing in are completely motivated. You want entrepreneurs who are “all in.” There are different ways you can be “all in” – for example, if an entrepreneur has some savings (not all of them do), it’s a great sign when the entrepreneur invests some of that money in his or her own start-up. Elon put $100 million of his own money into SpaceX, which was huge sign for us. When Facebook was starting out, Zuckerberg was only paying himself $60,000 a year because he knew that if he raised his salary, he would have to raise more money and he would be further diluted, which he knew would be a bad trade off. That’s another good sign.

That said, the best entrepreneurs are not driven by money—they’re driven by mission and a sense of purpose larger than the individual. Entrepreneurs whose mission is to solve important problems for humanity are able to attract and retain better engineers, and their teams work harder. One of the software teams at Palantir early-on didn’t go home for a week. Those employees thought: we can either go home and play video games, or we can meet our deadline of releasing the next version of this software which could save lives.

What are the biggest red flags you see in entrepreneurs who pitch you?

The biggest red flag is if someone is not prepared. Sometimes it feels like the entrepreneur has never looked at the numbers before—and I’m talking about the basic metrics about how the business works, like customer acquisition costs and unit economics. Of course, before a company launches, these numbers are just theoretical, but after a company launches, you want at least the person running the business side of things to be tracking key metrics closely, and to know their financial models backwards and forwards.

How many pitches do you get a week?

Probably around 50 across the team, though we only follow up on the strongest few.

Who do you say “no” to right off the bat?

Companies that are too conventional. If we see a number of companies pitching the same idea, we’re unlikely to invest because the idea is probably too obvious and there will be a lot of competition in the space.

What is the next billion-dollar company that no one has thought of yet?

The most important companies tend to look nothing like the companies that have existed before them, which is why all of our team members are generalists. If you’re too focused on looking for companies in a specific sector, you’re likely to miss the next big thing. That being said, there are several areas I’m particularly excited about at the moment. One is the brain—for example, trying to fix disorders like Alzheimer’s and PTSD, or trying to enhance cognitive abilities. The automation of biology is another emerging space. I think there will be one or more billion-dollar companies that turn biology into software. I also think there will be many more innovations in transportation—both improvements to existing modes of transportation and new forms of travel.

What’s a trend that you think has been beaten into the ground?

There used to be a ton of companies trying to become the central hub for self-monitoring your health and your fitness data. There are dozens of companies doing that, and no break-outs. The sector felt too crowded from early on.

Would you ever start your own company again and leave the VC world?

We have the ability to start or incubate a company within our fund and bring the fund in as an investor. The real issue is that it’d be an all-encompassing project. It would have to be something I became really, really passionate about given the personal sacrifices it would require.

What’s the best piece of advice you’ve ever received?

This is more of a personal motto: pick adventure over comfort!

What do you love doing outside work?

I’m a big traveler—I’ve been to eighty-six or eighty-seven countries. I love outdoor sports—like kite surfing and snowboarding. A few years ago I took my investment team to raft the Zambezi River, where we went white water rafting and then explored the area for a week. I also like to play music—mostly guitar and piano.

Do people treat you differently once they know you’re the Founder of PayPal?

No—I get treated differently when people know I’m a VC, because suddenly it seems everyone wants to start pitching you. Tech conferences quickly become overwhelming.

What are your best book recommendations?

On my iPad right now is Letters from a Stoic, by Seneca. I like Neil Stephenson and Douglas Adams. A Hitchhiker’s Guide to the Galaxy was great—so was Thinking Fast and Slow from a few years ago

As far as business books, Crossing the Chasm is a good one. Good to Great is another. I also thought Peter Thiel did a great job with his book, Zero to One.

To steal Peter Thiel’s favorite interview question—what is something you believe to be true, that few other people believe?

If you look at the returns from the companies in each of our funds, our top investment in each fund is roughly worth more than all of the other investments in that fund combined. It’s not exact, but it is way more top-heavy than people would guess. This can be described by a power law, which measures the relationship between an event frequency and the magnitude of the event. I believe that you can apply that law to your personal life—for example, how you spend your time follows a power law. One thing you’re doing in your day is probably more valuable than all the other tasks combined. One person in your life is likely more important than all the other people combined. I don’t think people have thought about their personal lives like this, but what it basically means is that you shouldn’t spread yourself too thin. Figure out the most important thing and focus your energy on it. 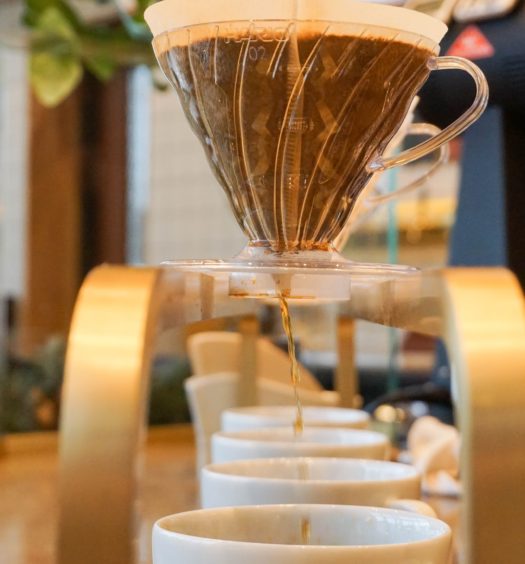 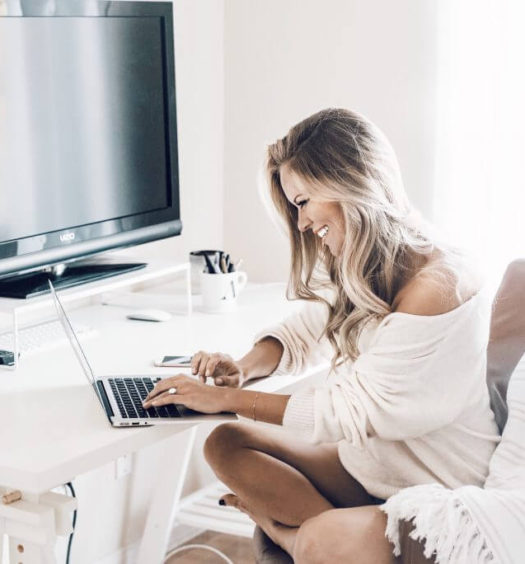 Refusing to Choose Between Femininity and Success with Anna Wood, Founder o...

Read More
Refusing to Choose Between Femininity and Success with Anna Wood, Founder of Brains over Blonde