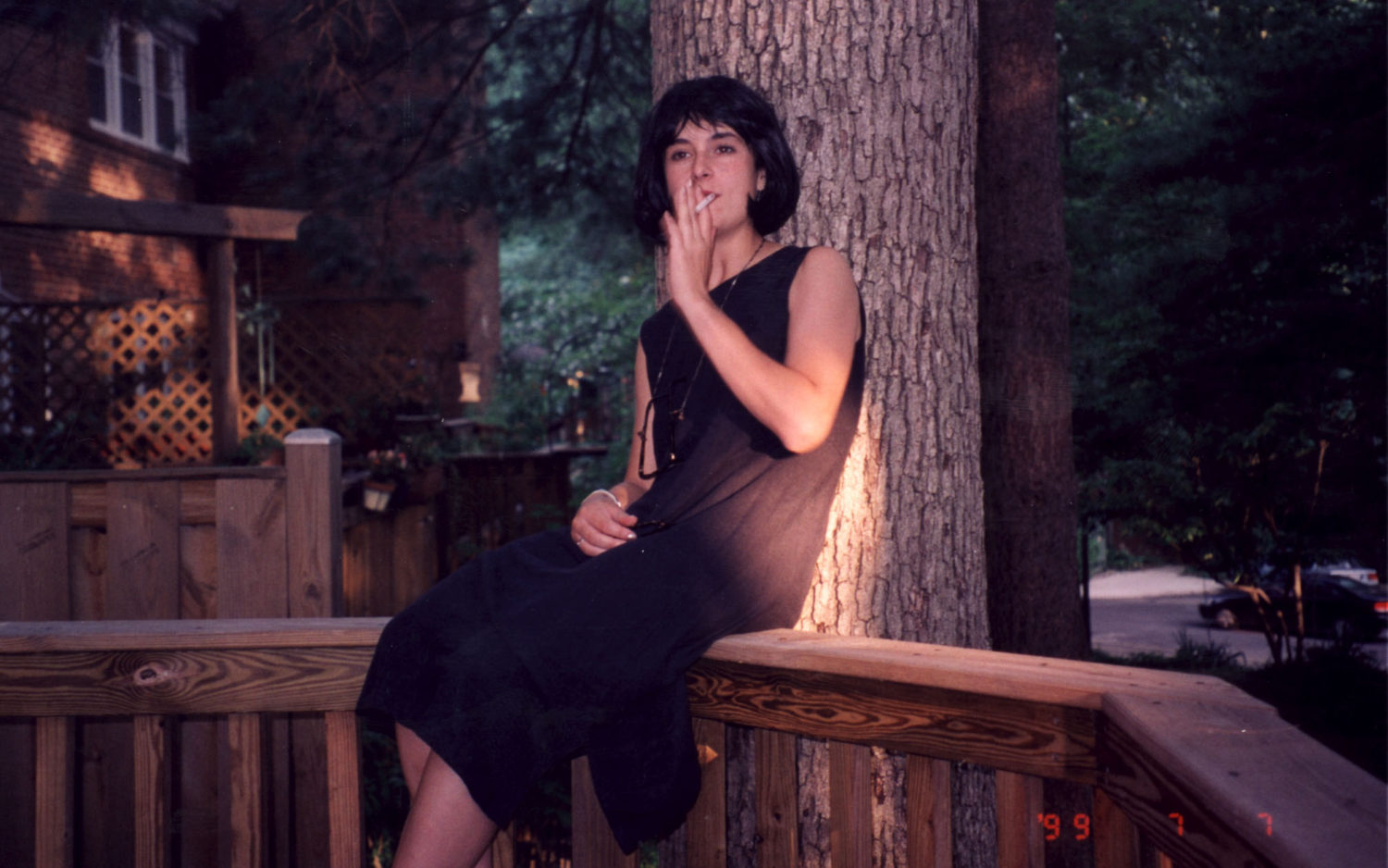 What Does It Take to Be a CIA Spy?

Several years out of the CIA, former covert operative and IVY Member Lindsay Moran still knows how to crash cars into barriers at 60 mph.

Yet, though the agency does train its operatives to master highly specific, niche skills — like jumping out of planes wearing full cargo — some the CIA’s most powerful lessons are the ones that can apply to any person’s life, undercover or not.

IVY Magazine sat down with Lindsay to hear what it takes to become a CIA spy, and how her experience has translated to her current work as a freelance writer.

One of the biggest things the CIA wants is an extrovert

The main thing I learned from being in the CIA was that spying is not about running around in a cat suit, scaling walls, and assassinating people. Espionage is about learning to read people, and discovering what makes them tick.

All of us took, among other psychological exams, the Myers Briggs test as part of the application process to become what’s called an ops officer — what most people commonly think of as a spy. The type of person the CIA’s clandestine service recruits is typically an “ENTJ:” extraverted, iNtuitive, thinking, judging.

I’ve never really been into the whole Myers Briggs thing, but it’s interesting to me that one of the main things the CIA wants is an extrovert, someone who can adapt to any social situation and empathize with other peoples’ situations. You’re being trained to meet people and recruit them into doing something that you yourself would never do: commit espionage. You don’t blackmail them or put a gun to their head; instead, you help them see what’s in it for them. You figure out how to probe people to find their hidden vulnerabilities.

What’s surprising to a lot of people is that you need to give in order to get. You traditionally think of a spy as being James Bond. The only piece of information he ever reveals is his name. But in reality, as a spy, you have to share a little bit about your own life, and your own motivations and psychology. That’s the only way someone is going to open up to you. You might be including false information, but sometimes you include genuine information. You talk to the person about your own life. That’s what gets people to open up to you.

Contrary to what everyone thinks, being a spy is less about being a badass, and more about being an empathetic listener. You’re serving a number of roles when you recruit someone. You’re their employer, but you’re also their psychiatrist, their counselor, and their teacher. It’s an extremely intimate relationship.

The CIA teaches you to convince people to talk to you because it’s in their best interest. That’s an invaluable skill.

The people skills I learned as a spy are skills I’m now using in my own life. As a journalist, I’m always trying to find people who have access to information, and get them to tell me their stories. It’s the same challenge I had in the CIA, except that now I get to do it out in the open, rather than meeting strangers in parked cars. For the shows TechKnow and America Tonight, I elicit information from people in a friendly way, obviously; it should never seem like an interrogation. And the same holds true for spies. Also, just like in the CIA, for TechKnow, I often have to quickly process and understand technical information outside my own area of expertise, and be able to translate that accurately to our viewers. The CIA teaches you to convince people to talk to you because it’s in their best interest. That’s an invaluable skill. I don’t think of it as manipulation; I think of it as the ability to listen and relate.

What’s interesting is that when I worked for the CIA, I was lying all the time. One veteran CIA officer once said to me, “Be careful, because when you start lying for your job, you end up lying about everything else.” I found that to be really true. Lying became so second nature that it almost was the default. It’s hard to lose that tendency too, I have to say.

The best spies are women

When I joined the agency, women made up 50% of my training class. The women were also the top graduates. To this day, I maintain that the CIA’s biggest secret is that women are the best spies. There are a number of reasons. First, no one suspects women. Second, we have a lot of natural advantages. Most of our targets in most parts of the world are men, and it’s much easier as a young American woman to go up to a man and say, “Hey, do you want to meet me for coffee?” He’s just always going to say yes.

At the same time, there are some additional challenges. You’re meeting with these men at random times in the night and asking them not to tell anyone else about your relationship. Inevitably, the guy is going to get the wrong idea. It’s like a courtship, except you need to make it perfectly clear that you’re never going to sleep with him.

In some ways, the CIA is still a “good ol’ boys” network, and I know a lot of women who feel that it’s difficult to get ahead. There’s never been a female head of the CIA, for example. All that being said, I personally never felt held back by my gender.

Once you know you’re not going to die, you think: can this person do anything for me?

Being a covert operative is an incredibly stressful job, but the weird thing is, you’re not worried about your own life. You are generally more afraid about your agents getting caught. If they get caught, they could get sent to jail for the rest of their lives.

I never felt in danger when I was actually meeting a foreign agent. You’re both trying not to get caught, so it’s not in their interest to kill or harm you. You’re in a very intimate but professional relationship with that person. The scariest part for me was actually getting to those meetings. You don’t go out and meet these people at 9am. Instead, it’s in the middle of the night and you’re driving around some godforsaken area in the war-plagued Balkans. I was in Macedonia when the country was teetering on civil war. I’d be at a clandestine meeting and there was the sound of shelling and gunfire in the background.

The most frightening moment I had was in Macedonia, when I was riding my bike up to the top of a hill to put a chalk mark on a water fountain, which is the kind of thing a spy sometimes does to send a signal to his agent. I had my hair in a baseball cap, so I looked kind of like a guy riding a mountain bike. On the way up, I saw this motley crew of soldiers and insurgents who all had AK 47s. This was very normal in Macedonia. So I’m riding up this hill, and on my way down, all these guys just jump into the bushes. I thought: This is it. They’re going to take me out. I screeched my bike to a halt. I spoke the local language well enough to start yelling some obscenities, like “WTF?” Once they realized I was a girl and an American, they came out and started talking to me. I thought that one of them might have access to information we wanted, so I asked him for coffee. That’s a very typical mindset. Once you know you’re not going to die, you think: can this person do anything for me?

The future of the CIA: how much bang for our buck are we really getting?

I, along with other former operatives, many of whom had much longer careers mine, have been critical of the CIA, in part because we saw it from the inside looking out. I also was disgusted by the CIA’s torture program and feel that the post-9/11 decade was a very dark chapter in CIA history.

Human intelligence will always be extremely important. There’s nothing more valuable than a well-placed source. That said, the CIA is bloated by bureaucracy right now. We have to look at how much money we put into the intelligence community, and how much bang for our buck are we really getting. The agency did not predict a number of major geopolitical shifts, from the rise again of imperialism out of Russia to the Arab Spring.

A number of us believe that the CIA needs to be a much smaller, nimbler organization. In the wake of 9/11, the CIA went on massive hiring spree, and ended up bringing on people whose mentality was less about getting quality intelligence, and more about getting revenge. I would recommend a truly secret, much smaller and more nimble cadre of extremely skilled covert operatives.

For more information on Linday’s story, check out her best-selling memoir, Blowing My Cover: My Life as a CIA Spy. 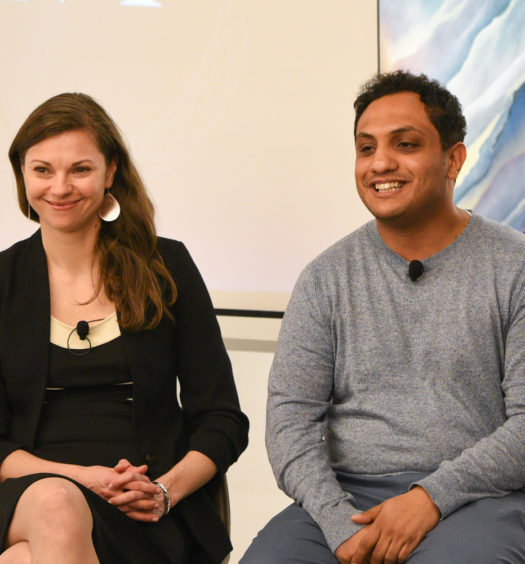 The Fox Hunt: One Refugee’s Miraculous Escape to Freedom 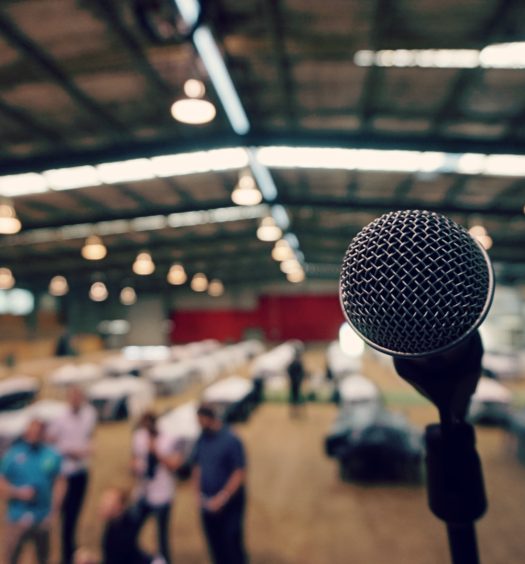 Politics in the Age of Clicks: How Can You Succeed as a Millennial?

Read More
Politics in the Age of Clicks: How Can You Succeed as a Millennial?