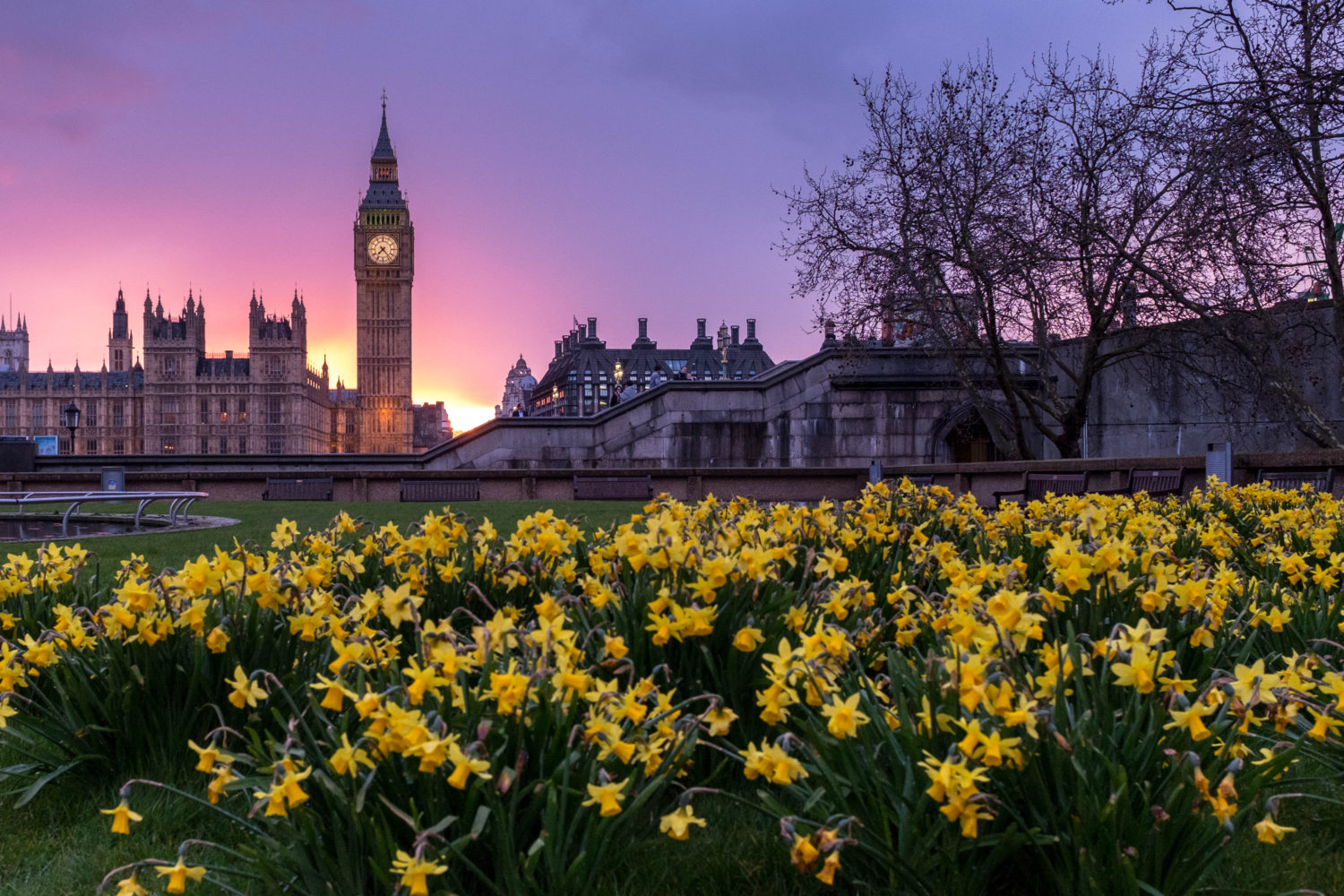 Brexit: What’s Next for the Union | Brian Beary

Questions as to the future of the United Kingdom, and the unity that gives it its name, still animate heated discussions on the subject of Brexit and its implications for an upsurge in populism among Western nations. The Brexit negotiations are a telling indicator of the potential success of such a withdrawal process, considering Brexit marks the first time a full member-state is set to leave the European Union since the Treaty of Rome was enacted in 1957.

In a globalized world of ever-closer cooperation, Britain’s formal vote to withdraw from the poster-child of international integration sent a geopolitical shock wave around the globe, emphasizing underlying questions on the validity of the EU project. This dynamic coalesced into a 2016 referendum, proposed by former Prime Minister David Cameron, on the subject of Britain’s status vis-a-vis the EU. His successor, Theresa May, vowed to trigger “Article 50” and formerly begin the process of withdrawal from the bloc by March 29, 2017, setting in motion a timeline to conclude negotiations in early 2019.

Brian Beary, a specialist on EU-US affairs and a contributor and editorial advisor for European Affairs, the online magazine published by the European Institute based in Washington, D.C., has covered the minutiae of Brexit and its impact. IVY Magazine sat down to hear his insights on this historic event, its effect on the European Union, and the uncertain future of transatlantic relations.

The British Parliament recently passed a bill allowing Prime Minister Theresa May to begin talks on leaving the European Union. Will Brexit be completed sooner and more comprehensively than many analysts in the UK and Europe were expecting?

Sooner yes, more comprehensively, no. My sense is that the Brexit talks will wrap up in late 2018 and that the UK will leave the EU on April 1, 2019. In the weeks after the Brexit referendum, some people, including myself, thought the Brexit talks would drag on for many years. However, the big game-changer came in January when UK Prime Minister Theresa May said she was planning to steer the UK toward a hard Brexit that puts it outside both the EU single market and the customs union. If she sticks to this position, it makes things simpler in terms of the exit negotiation.

There is no blueprint for how this should proceed because a member country has never left the EU before.

Post-exit, there will likely be a more complicated and protracted part where the UK tries to negotiate an entirely new relationship with the EU. There is no blueprint for how this should proceed because a member country has never left the EU before.

What do you consider to be the main reasons that a majority bloc of British voters voted to exit the EU?

There were three reasons: immigration, immigration, and immigration. No seriously, while there had been a groundswell of British public opinion opposed to the European Union on the right of the political spectrum, they were a minority nationwide. However, the large influx of immigrants to the UK over the past decade stirred up anxieties among left-leaning, working class voters. When I watched the referendum results trickle in, I noticed that northern English Labor heartlands like Sunderland were voting Brexit – that was when I knew the game was up for the Remainers.

Empirical research suggests that immigrants have been a net plus for the British economy. However, anti-immigration advocates were very effective in persuading enough Britons that the opposite was true. The anti-Syrian refugee ‘Breaking Point’ poster that UKIP used so devastatingly was a good example. The idea has become entrenched in the UK that the most recent waves of immigration, from Eastern Europe, the Middle East, and South Asia, are a bad thing, a threat both to their jobs and their security.

There is a strong enough political will among European leaders to keep the ship afloat.

Does Brexit signify a broader trend across Europe for the disintegration of the EU project?

Not disintegration but rather reconfiguration. It is increasingly obvious that when you have a club of more than two dozen sovereign countries, many of whom have existed as independent states for centuries, a unitary federal state – a kind of United States of Europe – will not work. What we will most likely see is a Europe of concentric circles where integration is greatest among an inner core of countries and the others on the outer rings are less integrated. Anti-EU sentiment will always be around.

Given how much the EU does, it would be odd for it to have overwhelming support. We see a spike in it now because we have had a major migrant influx following on the back of a major economic malaise. But there is a strong enough political will among European leaders to keep the ship afloat.

Scotland is now seeking a new referendum on independence. What does this mean, and what are the implications for the U.K. government?

It is a nightmare – but one the government has brought upon itself. It transforms the Brexit negotiations into a multi-player chess game where it becomes hard to figure out who your opponent is, what your endgame is, and how to get there.

Then there is a domino effect. The Irish nationalists in Northern Ireland are emboldened both by the Brexit vote (Northern Ireland voted Remain) and now by the new Scottish referendum. Sinn Fein has more seats than ever after this month’s Northern Ireland Assembly elections and is demanding a referendum on Irish reunification. These will be two thorns in the side of the UK government throughout the Brexit talks and beyond.

What are the biggest challenges for Britain after Brexit? Where will Britain turn to replace the benefits of trade and economic cooperation it once had with the EU?

No, I don’t believe Brexit is contagious. In fact, Brexit might have given such a shock to the rest of Europe that we may be seeing the onset of a counter-reaction. The surprisingly subpar performance of the anti-EU, anti-immigrant Freedom Party in this week’s Dutch elections certainly may be a sign of things to come. The biggest test will be France’s presidential election in April and May. If Marine Le Pen becomes President, then it could be curtains for the EU. I expect she will reach the final round but will be defeated by Emmanuel Macron.

Donald Trump supported Brexit, but also recently was met with unprecedented opposition in the form of a public petition against an official Trump visit. What political lessons, if any, do you see here?

President Trump would have had a petition against him visiting the UK regardless of whether or not he spoke out in the Brexit referendum. There is such a dislike of him in large parts of Europe, including the UK, that his pro-Brexit comments pale in comparison with some of the other things he has said. I doubt Europeans will ever warm to him. Their minds are made up. But I don’t think he cares much. And it won’t affect his popularity ratings in the U.S., which is the thing that he really cares about.

As an analyst in Washington as well as a European, where do you see transatlantic relations headed, especially following recent comments from Trump in favor of further European disintegration?

Transatlantic relations are in a holding pattern. Diplomats and leaders are still trying to figure out whether to take his bluster seriously or literally – or both. He has such a volatile temperament that most leaders will probably try to keep things cordial. They will want to avoid a Mexican or Australian-style spat or Twitter war with him. President Trump may slowly come to realize that the countries and institutions he denigrates most are the ones he needs most. I hope he does. I realize I’m being optimistic.

This article is published as a corollary to a recent article in Second Nexus, written by IVY’s Policy Director, Thanos Dimadis, and Jay Kuo.

IVY is the world’s first Social University. Our mission is to educate and inspire future leaders. To learn more, check out our video and visit IVY.com. 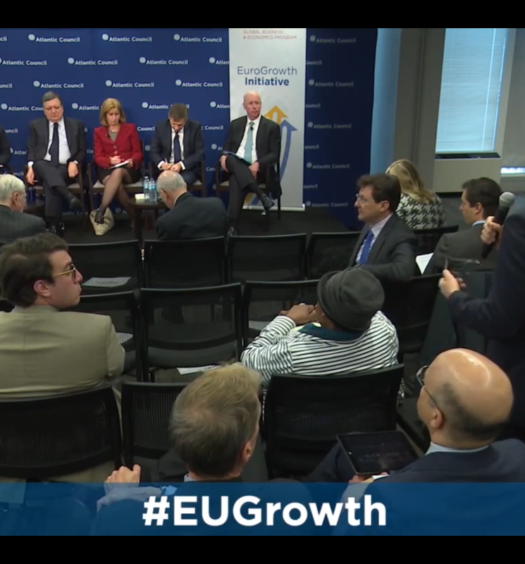