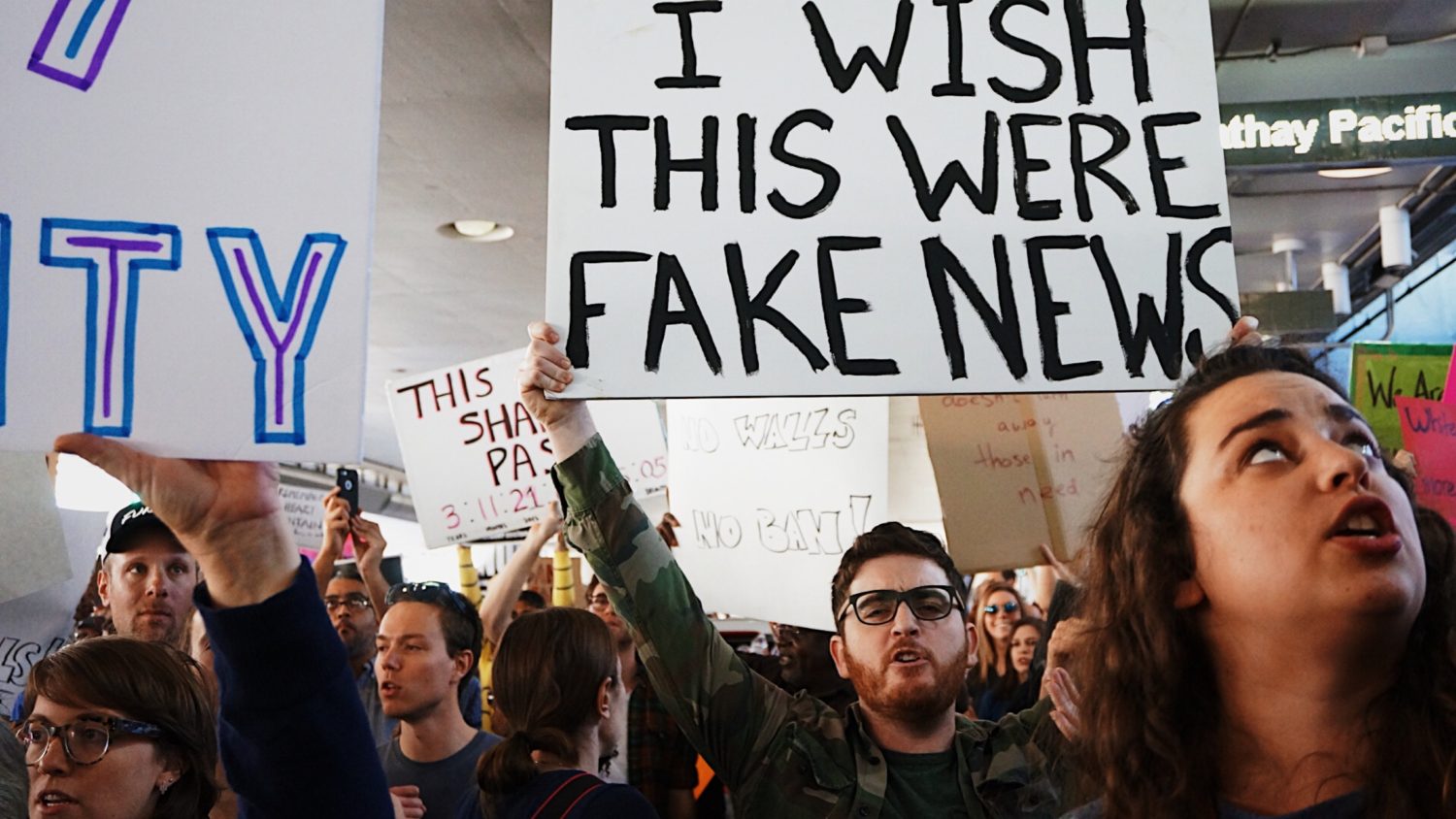 Fake News in 2017: Getting by with a Little Help from the News Literacy Project

The pernicious nature of information in “fake news” media today, along with the uncertainty behind the bias, sourcing, and narrative intent of such work, has made authentic journalism more critical than ever. However, the effort required to combat fake news is a two-way street: while producers must maintain a level of professional integrity, consumers also have an obligation to educate themselves on legitimate versus illegitimate sources of media. The former is regulated by a longstanding framework of ethics and standards that are broadly accepted — but how can journalists ensure readers aren’t being duped in various places across the web? In what ways can we all nip the issue in the bud and educate a new generation of consumers on news literacy?

Alan Miller, the Pulitzer Prize-winning Founder & CEO of the News Literacy Project, sat down with IVY Magazine to contend that news education is the answer. Mr. Miller details what’s being done to educate our nation’s youth and the strategies employed to foster critical thinking on news.

Was media a decade ago different from media today? Or has the problem with bias and curated news been around longer than we think, but only shown a major impact recently?

The issues the media are dealing with today are nothing new. In 1791, for example, James
Madison and Thomas Jefferson were among the founders of one of the first partisan
newspapers, the National Gazette, which attacked Alexander Hamilton and the policies of
President George Washington’s administration. Several years later, it appeared that turnabout was fair play: An article in the July 1873 (yes, 1873) issue of The Atlantic discussed the presidential election of 1800 and the use of the “Campaign Lie.” Among the Campaign Lies that circulated were that Jefferson hated the Constitution, had pledged to subvert it, wanted to dismantle the Navy, and planned to tumble the financial system of the country into ruin with one stroke (the rumored author of these pieces was Hamilton, who had devised the financial system).

We believe we are teaching literacy for the 21st century, and our goal is to embed news literacy in the American educational curriculum. Long before anyone coined the term “fake news,” we were, in effect, the antidote for it.

In 2008, Twitter was only a couple of years old. Facebook had only recently moved beyond
users with a .edu email address. Barack Obama’s presidential campaign harnessed these social media platforms – popular among the young voters he was targeting – to create a movement. In previous elections, the internet had been used primarily to raise money; Obama was really the first to turn it into a way of sharing information and encouraging grassroots support.

Can you tell us more about the News Literacy Project, the initiative you have helmed in various schools around the United States? What is it, and what is the end goal of this project?

In 2006, I was working as an investigative reporter at The Los Angeles Times. My daughter was in sixth grade, and I was concerned that the news and information she was finding on the internet wasn’t always accurate. I could see that she and her friends, like other young people, were turning to sources other than the trusted gatekeepers of the past — the newspaper on the doorstep every morning, the network news on television every evening, and the news magazines in the mailbox every week — and what those other sources were providing was of varying credibility.

The problem, I realized, was that no one had taught these students how to determine the
quality of what they were reading, watching, and hearing — especially the information they were finding online. As I was pondering this, I was invited to go to my daughter’s middle school and talk with her classmates about my work as a reporter and why journalism was important. The 175 handwritten thank-you notes I received convinced me that I had struck a nerve — and I realized that if many other journalists could come to classrooms and share their experiences and expertise, it could have a significant impact.

Two years later, I left the Times to start the News Literacy Project, which brings the voices of
journalists into schools — initially through classroom and digital programs in three cities and
now in all 50 states, as well as 56 other countries — through an innovative e-learning platform and creative partnerships. Our curriculum is designed to develop a broadly applicable critical thinking skill, preserve quality journalism by building an appreciation and demand for it, and strengthen the grassroots of our democracy by creating the next generation of informed, engaged citizens. We believe we are teaching literacy for the 21st century, and our goal is to embed news literacy in the American educational curriculum. Long before anyone coined the term “fake news,” we were, in effect, the antidote for it.

What does it mean to be “news literate”? Can you give us examples of techniques being used to educate students through the NLP?

News literacy is the ability to discern and create credible news and information in all media and on all platforms as a student, consumer, and citizen. It means having the tools to be able to distinguish quality journalism from raw information, advertising, misinformation, entertainment, propaganda, and disinformation. A news-literate individual is equipped to be an engaged, informed citizen in a democracy.

For techniques, we would steer you to our virtual checkology® Virtual Classroom.

Other NLP resources include:

What are some key indicators that differentiate legitimate news from “fake news”? Are there any signs to watch out for?

Don’t assume that because something is on the internet, it must be accurate. (There are no
barriers to entry, and outright lies are prevalent.) Be skeptical – if something appears too good to be true or too incredible, it’s often not true. Is the information presented in a dispassionate way intended to inform? Does it provide various sides of an issue or argument and give you enough information to make up your own mind? Are multiple sources and documentation cited?

Look for red flags: Do you see “loaded” or inflammatory language, designed to provoke a
reaction? Is there a byline or date? Are there spelling errors, typos, or grammatical mistakes?

Younger generations primarily consume news through social media and posts shared by their friends. This means that it does not come from a trusted source or, in some cases, from any discernible source.

Is the site where the news is found an actual news outlet, or does its URL imitate a well-known news site (for example, the fake news site abcnews.com.co versus the legitimate site abcnews.go.com)? Does the site have an “About Us” page, and does that page mention “satire” or use language that raises questions? Can you easily find information about the people who run the site? Are the photos accompanying the articles also found elsewhere on the internet (easily discoverable through a Google or Tineye reverse image search)?

What has been the effect of the drop in traditional subscription methods for print news on the media landscape? Are we currently seeing a revival in the fortunes of groups such as The New York Times, Washington Post, and other established publications?

A substantial decline in revenue has forced virtually all newspapers to downsize, some
more dramatically than others. This has led to cutbacks in local and foreign coverage
and a thinning of the ranks of editors in many places. It has also placed more pressure
on reporters and editors. The Times and Post have seen a significant uptick in
subscriptions, particularly digital subscriptions, since the election.

How do Generation-Z youths consume news content differently? In what ways has the NLP adapted to these changes in consumption methods? Any key lessons learned?

Younger generations primarily consume news through social media and posts shared by their friends. This means that it does not come from a trusted source or, in some cases, from any discernible source. It is invariably competing for their attention with infinitely more items intended to persuade, sell, incite, exploit, and misinform. This makes it even more imperative that Generation-Z youths have the tools to be able to discern the informational wheat from the chaff.

What have been the tangible effects of the NLP so far? How do you quantify success for news literacy?

In our first seven years, we reached more than 25,000 students with our classroom, after-school, and digital programs in New York City, Chicago, the Washington, D.C., region, and Houston. Since May 2016, more than 6,750 educators who teach more than 1 million students in every state in the U.S. and 58 other countries have registered to use our virtual classroom (note: this represents the potential reach since we are unable to accurately track how many actually used it at this point).

Our assessment reports are publicly available. The data was collected, compiled, and analyzed by Anita Baker, an outside evaluation specialist. Here is an example of how our work impacted one student in particular.

Does the NLP cater to a non-student audience? If so, what programs are in place for the public to access NLP resources?

Up until now, NLP has primarily been focused on middle school and high school students. We
are working with Facebook on a public service advertising campaign that will eventually reach 8 million of the most frequent users and sharers of “fake news” on the platform. The goal will be to make them more aware of the need to think about what news and information they trust and share and do so in a more responsible way. The campaign will be launched later this year.

IVY is the world’s first Social University. Our mission is to educate and inspire future leaders. To learn more and attend live events near you, please visit IVY.com. 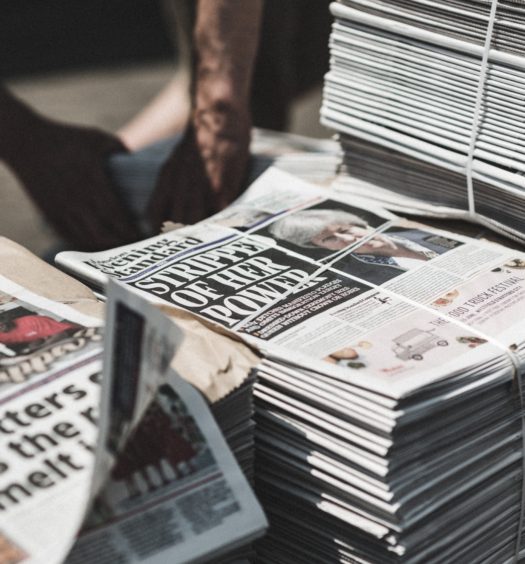 E! News Chief Correspondent on How to Craft Stories that Captivate Your Aud... 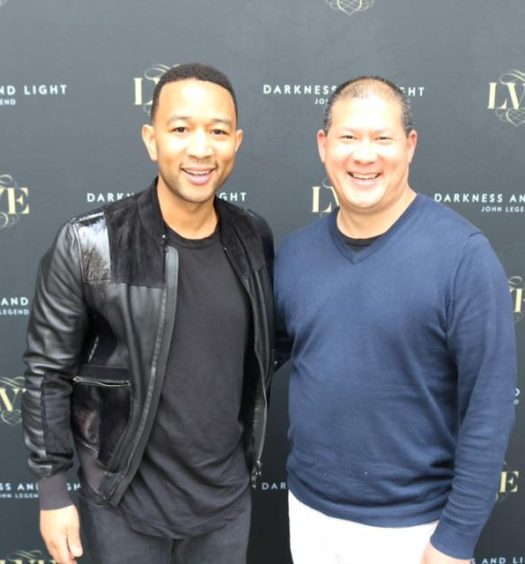