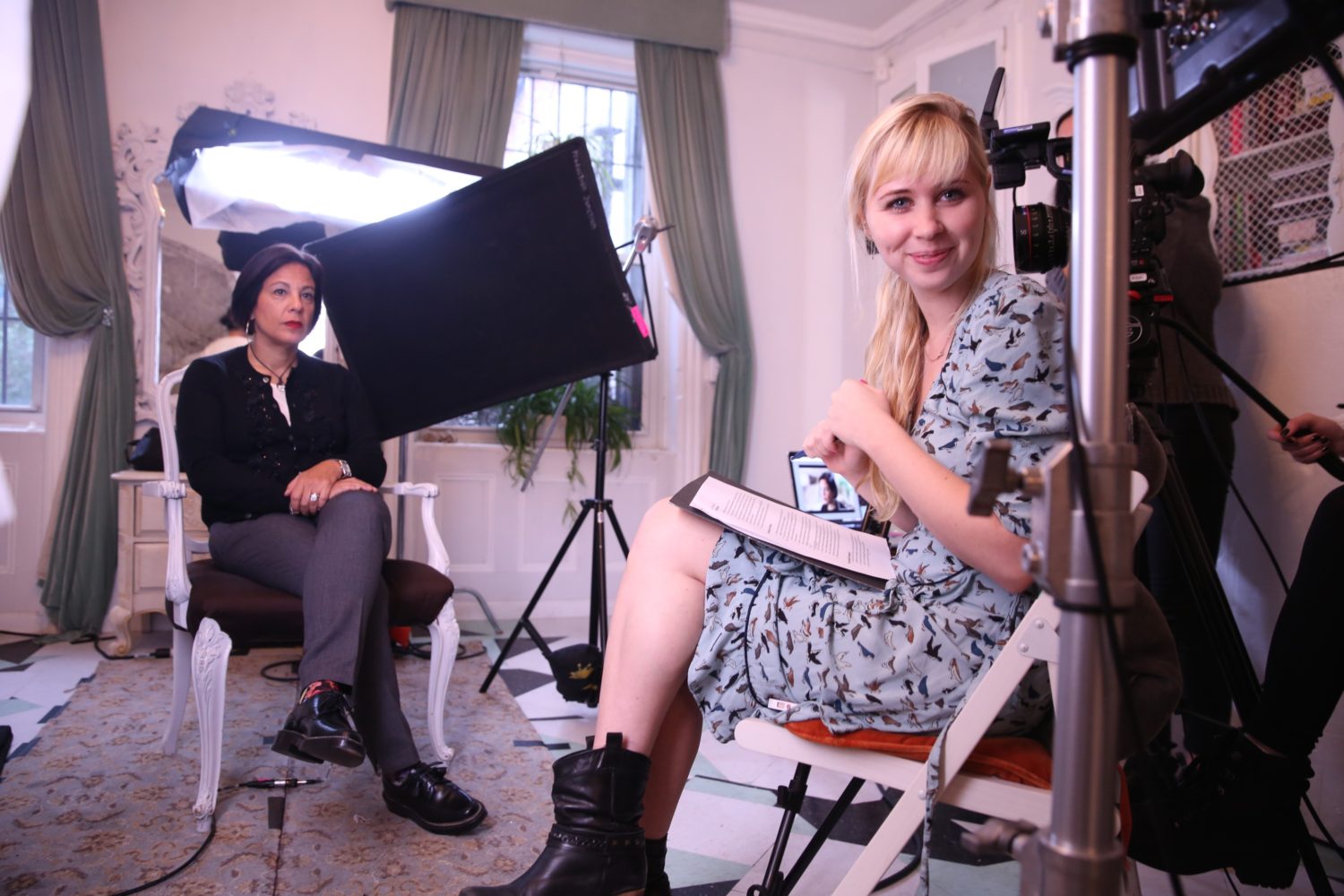 Dream, Girl: What Happens When Women Share Their Stories

Throughout Women’s History Month, we are sharing the stories of female entrepreneurs who inspire and empower communities to follow their dreams and create a better world.

After being harassed and objectified at her day job, Erin Bagwell was magnetized to the stories of female leaders and entrepreneurs building their own businesses while empowering other women. She realized that, if surrounding herself with empowering women and their stories changed the way she saw herself and her potential, maybe sharing women’s stories in a film would empower others, too.

Since the film’s release, Dream, Girl has been seen at over 250 community screening events in over 40 different countries.

Dream, Girl creates a space for women who are “bursting at the seams” to start their own businesses and to feel seen, while providing the opportunity to have conversations about women in the workplace through the stories shown in the film. Erin believes we should stop telling girls they can be anything they want to be and show them what it means to be a leader.

Tell us about yourself. What experiences have you had that have led you to your current profession?

Hi! My name is Erin Bagwell and I’m the founder of a feminist storytelling blog called Feminist Wednesday and the director of Dream, Girl — a documentary showcasing the stories of inspiring and ambitious female entrepreneurs.

After being sexually harassed at my 9 to 5, I quit my job to work full time on the blog. I was struck by creative inspiration to make the film about my friends in Brooklyn who were running their own businesses. I put together a Kickstarter campaign to fund Dream, Girl, and we raised $100K in 30 days. The film, which features ten entrepreneurs from all different industries and backgrounds, premiered in May 2016 at Obama’s White House as part of the United States of Women Summit. During that time, my production partner Komal Minhas and I were chosen to be part of Oprah’s SuperSoul100 (a list of 100 influencers who live life intentionally and are making a social impact for others).

After the premiere of Dream, Girl, I turned my production company into a distribution company. My full-time job now is to share the film with local networks and communities globally. Since our launch Dream, Girl has been seen in over 250 community screening events in over 40 different countries.

I want every high school girl and boy in America to see this movie.

What was the impetus for Dream, Girl?

The idea for Dream, Girl came at this really unusual time in my life. I was being objectified at my job, getting really into my feminist theory, and spending a lot of time with women who were running their own businesses.

Being sexually harassed at work really destroyed my self esteem. However, spending time with female founders gave me the confidence to quit my job and re-evaluate what I wanted in my life and in my career. Being around these strong and grounded women gave me the confidence to see something powerful in myself, so the idea to share their stories felt like a no-brainer. I knew that if they could impact my life, then sharing their stories on screen would be transformative.

We are also at an unprecedented time in history. Women are starting more than 2,400 business a day and I wanted to know what was driving women away from their corporate lives and into their own businesses.

What is the best way to watch Dream, Girl? How do you show the documentary?

Dream, Girl is available now for community screening events. One of my favorite parts of my job is being able to travel with the film. I love facilitating gender and inclusivity-based conversations at corporations who want to make their businesses more welcoming for women and people of color but aren’t sure where to start.

We charge a flat fee of $295 for a one-time license to show the film, a hard copy of the 62 minute documentary, and also include digital materials like a post screening guidebook and marketing materials to help you promote your event. I charge an additional speaking fee to attend screenings and do a Q&A about my journey of making the film.

You say screenings of Dream, Girl are a “fascinating way to have gender conversations from a place of action and not defensiveness.” How have you seen this manifest in corporate conversations, and what actions have occurred as a result?

The magic of Dream, Girl is what happens after the film when people can connect and share their own experiences alongside those in the film. And one of the cool things about the documentary is that viewers get to walk in 10 women’s shoes. Viewers, especially men, get to experience the discrimination and challenges women face.

It’s often uncomfortable or awkward to speak up and share your story of discrimination, especially at a place you love to work, which is why it’s refreshing to let the stories in Dream, Girl do the heavy lifting for you.

I’ve been at so many screening events where men have these light bulb moments of understanding what it’s like to feel marginalized. We aren’t telling you how to think, we are just showing you how it feels.

Can you recall a standout audience moment from a Dream, Girl screening?

I think one of my favorite stories comes out of a screening in Portland where the host asked the audience before the screening how many of them viewed themselves as leaders. There was a mix of hands that shot up in the air, maybe half a dozen out of 200. Then at the end of the screening of the film she asked the same question — and all the hands went up in the air.

I get chills now just thinking about it, because to have that audience be able to identify with one of the women in the film is so transformative. When we see women who speak or act or look like us crushing it, it gives us permission to burn down the house.

Women start more than 2,400 businesses a day — that’s a huge number. How can we support them?

My brother always says your dollar is your vote, and I think it’s really important to do what you can to go out of your way to support and spend money with women and people of color.

There is a juxtaposition between women-led businesses creating an economic boom while still not being taken totally seriously. Women-run businesses make more money, yet are usually smaller in scale and that it is harder to grow. Why do you think this is?

I talk to female entrepreneurs all the time. Access to capital is always the barrier to growth and scaling, which is why supporting businesses on the local level is so important.

Another thing I’m really proud of in Dream, Girl is that we feature of the story of angel investor Joanne Wilson and we get women thinking about the more high level ways they can support each other. You don’t have to have a million dollars to be an investor, and often a few thousand dollars can make or break a company just starting out. So getting women to think about ways they can pass on and use their capital to influence the market is another one of my missions with the film.

Who are your female role models?

My mom hands down is my biggest influence. She is a red-convertible-driving and blue-mascara-wearing woman who is this force. I grew up on conservative army bases, and she always carved out her own identity and was authentically herself. I feel very grateful to have her as a role model and as this unique powerhouse blend of feminine energy and authority.

I would also say the women in Dream, Girl have continued to mentor, support, and be such huge influences on my life. I live in the same neighborhood as the Villarosa’s, and whenever I see Linda, I always freak out — it makes me so happy.

What advice do you have for young women and girls who are “dreaming big,” but may be facing obstacles along the way?

What are your hopes and desires for the next generation of women?

I hope that we learn our history and we keep uplifting each other. The year I was born, women couldn’t get a loan from a bank to start their business without the co-signature of a male relative. We have a long way to go, but we have also brought down so many barriers. It’s also important to see the big picture and know we can’t solve all the world’s problems tomorrow — we need to be in it for the long game. 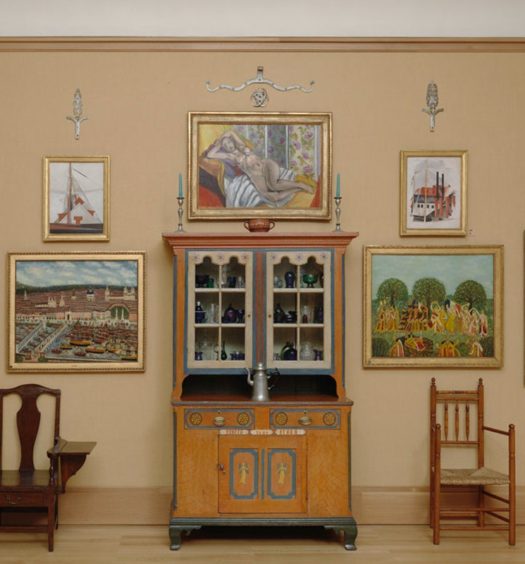 Learning to See at The Barnes Foundation

Read More
Learning to See at The Barnes Foundation 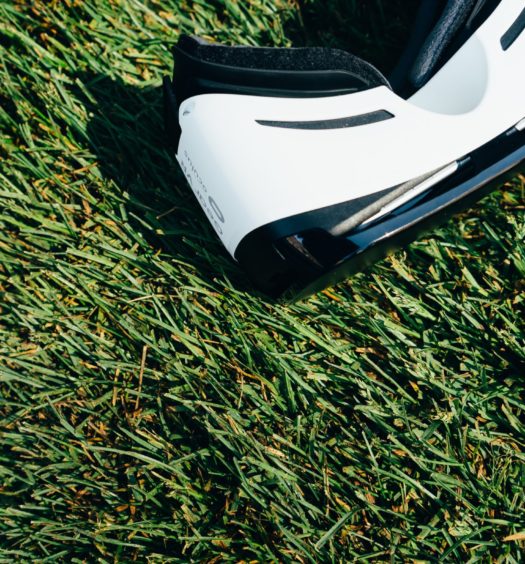