World of Dance is Just the Beginning for Alison Merrill

As a dancer who has studied ballet, jazz, and modern since the age of four, Alison Merrill never expected to break into hip hop and perform with a professional dance crew on national television for millions of viewers.

It was not until her early twenties that Merrill discovered hip hop, gravitating towards the creative energy and inclusive culture that emanated from the community. Within two years of independent training, she was able to make her way onto two of Boston’s hip hop companies, CONcept ARTists and Static Noyze, going on to perform at Monsters of Hip Hop, RAW Boston Artists, Elements, and Sony Music.

Fast-forward three years later, Merrill is now a member and Training Captain of Str8Jacket, a competitive hip hop team based out of the Bay Area, with a mission to promote creativity, grit, and growth. This year, the team competed on Season 3 of World of Dance on NBC after winning 1st place at World of Dance Bay Area. After working on the show with personal idols like choreographers Tabitha & Napoleon D’umo and gaining feedback from renowned performers like Jennifer Lopez, Ne-Yo, & Dereck Hough, Merrill felt inspired to continue creating at a higher level.

Most recently, Merrill choreographed her own concept video for Bed by Ariana Grande and Nicki Minaj. She explained, “What I really want to do is transport the audience to a different world and make them feel like they’re a part of something that is fun and all-consuming.”

Through her work, Merrill strives to cultivate a welcoming space for all. Str8tJacket itself is a no-audition team, honoring the fact that hip hop embraces all different styles, bodies, and levels of performance. Anyone is allowed to join and train with them and those who show the most dedication and skill are brought onstage. To her, this serves as a refreshing contrast to ballet, where she notes that starting at a young age, being predisposed to a certain body type, and having enough money are often prerequisites that are prohibitive to many.

Alongside her involvement in dance, Merrill also serves as the National Growth Director at IVY, constantly energized by the diversity of talented members and strong arts programming.

A memorable experience at the IVY San Francisco Improv Workshop gave her a new perspective on the creative collaboration process. In one exercise, a member was instructed to hold a pose until another person tagged them out with a new pose. At first, people hesitated to jump, crippled by their own fear. But when the instructor asked them to reframe their intentions from a place of support, they moved more quickly and were able to generate more fun and eccentric poses. that moment, Merrill realized that she could incorporate that mindset into dance. By putting her teammates first and making it her mission to support them, she could unleash tremendous creative power and deliver more astounding performances.

Merrill is grateful that her own mission of educating others and exposing them to the arts aligns so closely with IVY and that the company has allowed her to pursue her artistic passions vigorously. As Merill continues to grind away with Str8Jacket, rehearsing four nights a week and performing across the country, audiences can look forward to her second concept video coming out in June, an under wraps project that promises to be edgier, darker, and more hard-hitting than the last. 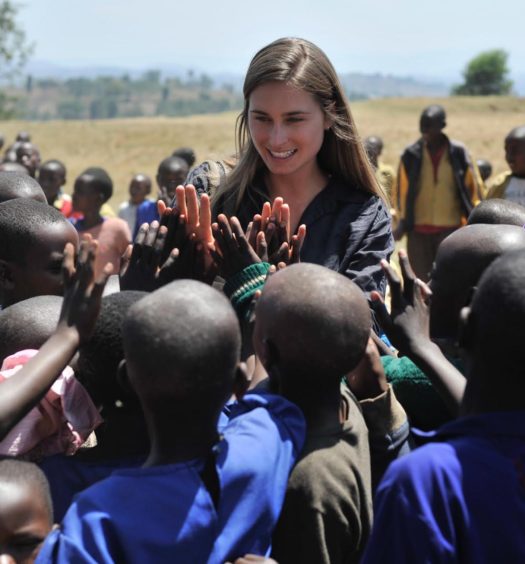 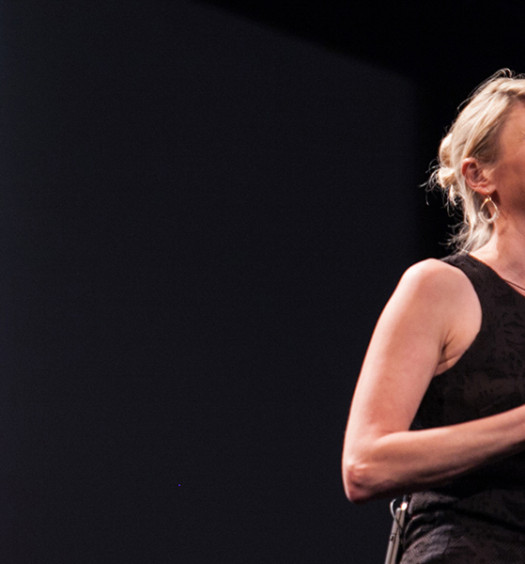